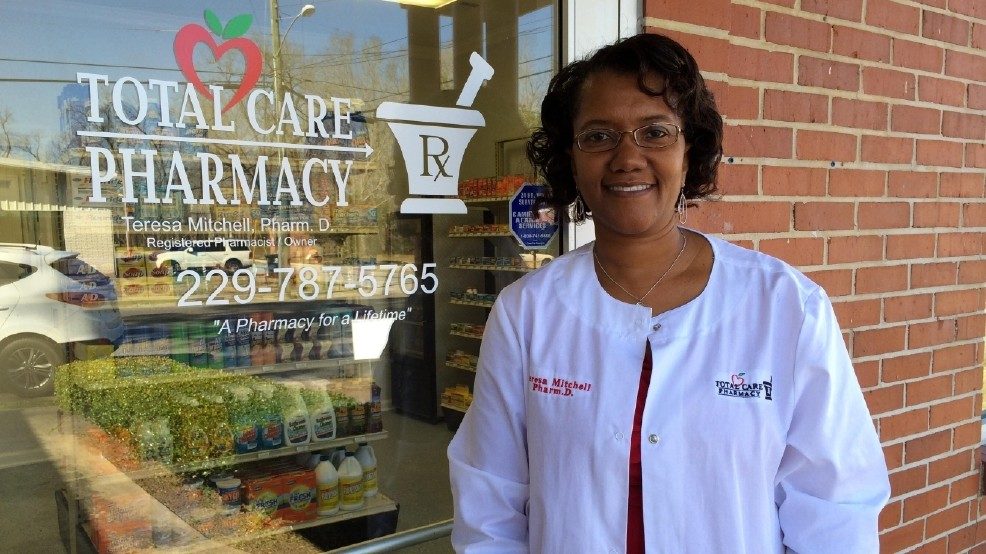 “It was a God move,” says Dr. Teresa Mitchell, after opening the first black-owned pharmacy and drugstore in the Albany, Georgia area. After 20 years as a practicing pharmacist, Dr. Mitchell recently became the owner of Total Care Pharmacy, which opened in Baconton, Georgia, just 16 miles from the city of Albany.